Who is Noelle James?

I am a recent graduate of the Neuroscience program at the University of Illinois. I did my graduate research in Dr. Alison Bell’s animal biology lab. Prior to grad school, I worked as a technician/lab manager for 6 years in Dr. Phil Newmark’s molecular and cellular biology lab. My undergrad major was Psychology at Washington University in St. Louis. If you want to know more, you can check out my CV.

Read about specific projects or a brief summery of my thesis. Complete datasets for some projects can be found on the open science framework.

My main research interests are behavioral genetics and social neurogenesis.

I have worked with: 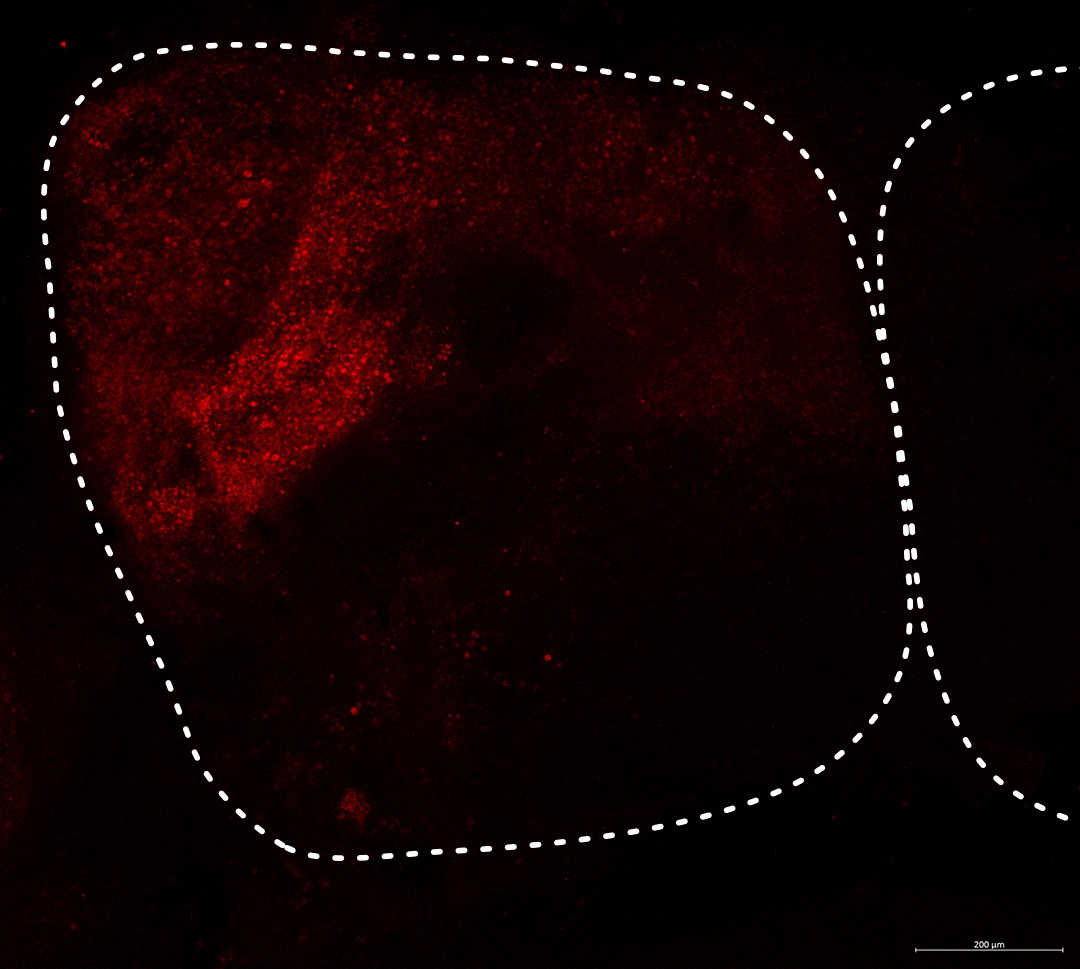 One method to test the role a gene has in the brain is to over express it. By looking for a change in behavior after altering the gene’s expression we can see what role it plays. For example, if we increase the expression of gene MAOA and then the fish bites or charges more at other fish, it suggests that MAOA is important for aggression.

I am particularly interested in doing this in adult animals as many genes that are used in during childhood development are used for completely different things later in life. Additionally, in animals, we can use naturally-reared, wild-caught animals which reduces the effects of artificial rearing. We also want to have this effect be transient so that we can limit the effect to a short but important time period - like during parenting but not during conception or visa versa. 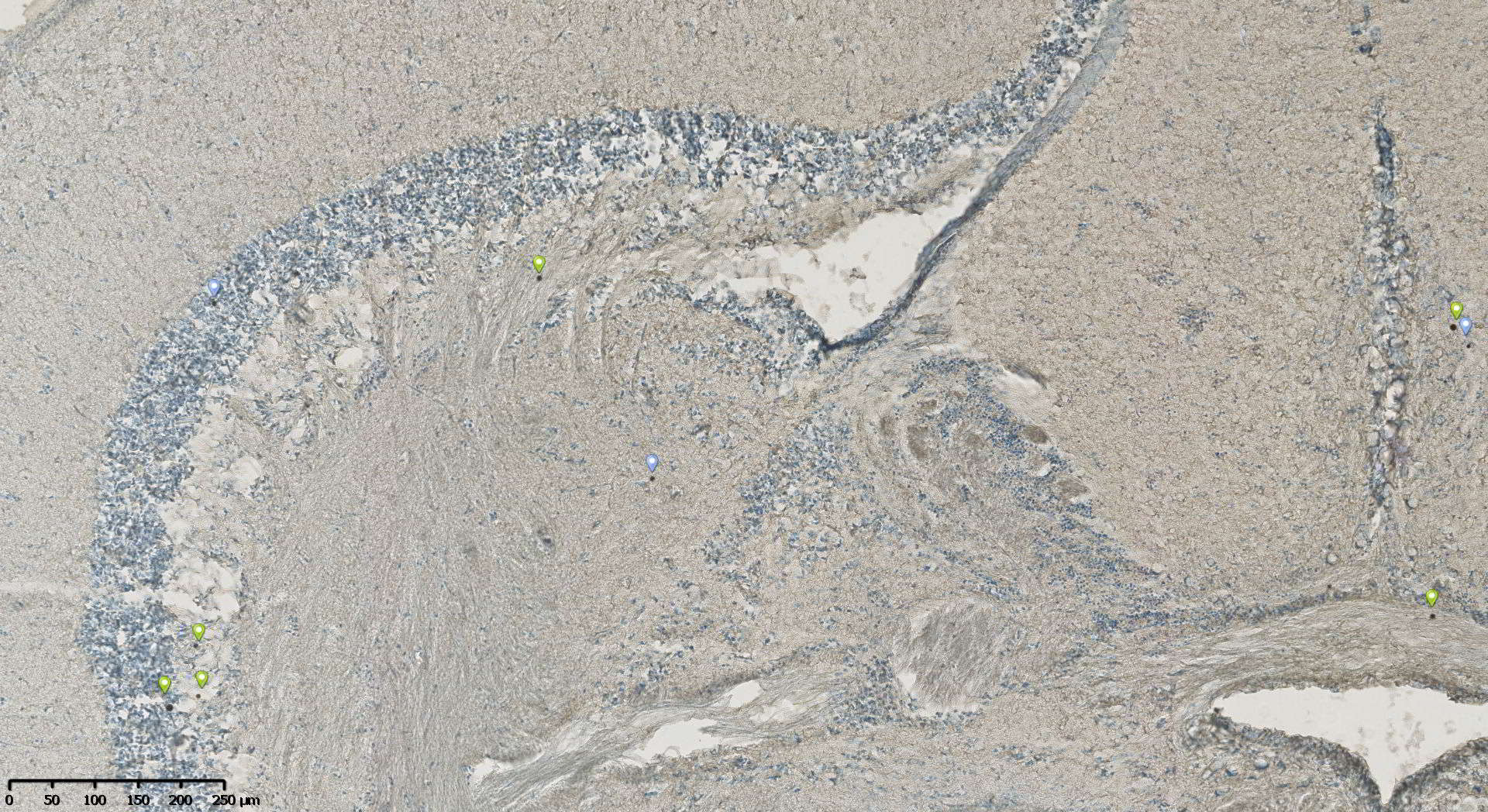 Many situations can change the rate that new brain cells are made. Things like stress and social isolation reduce the rate while things like exercise and enriched environments can enhance the rate. I am interested in how an event like successfully defending a territory can influence the rate of neurogenesis.

FISH on Fish - In situ Hybridization

In situ hybridization is a technique that allow you to visualize where a gene is being expressed. The location can be determined at the level of the cell. We use this technique to link behavioral variation (such as aggression levels) with changes in where genes are being expressed. Ideally this allows us to identify regions of the brain that participate in the behavioral response. 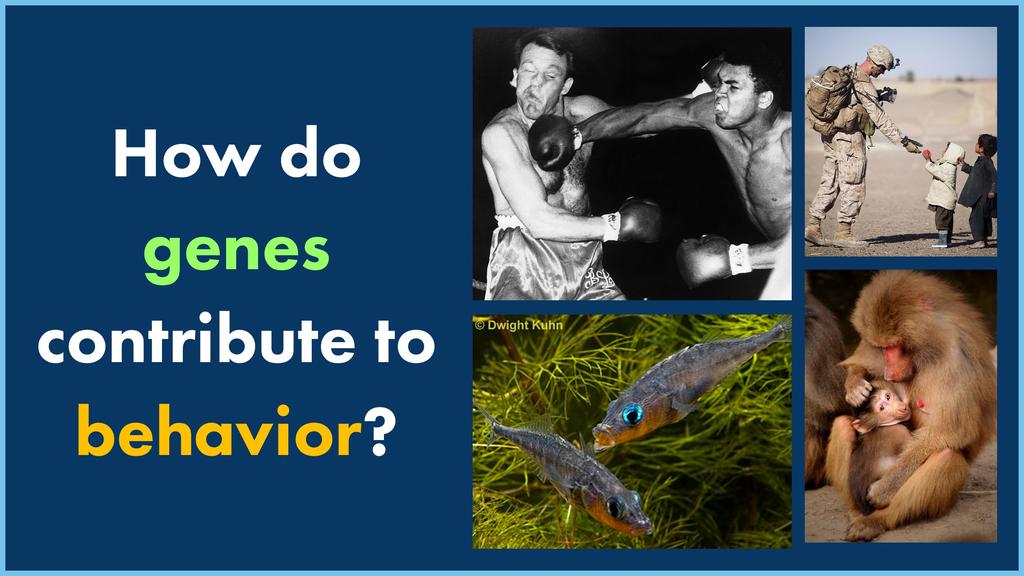 While we scientists no longer argue over nature versus nurture, we still don’t really understand how both come together to give rise to the amazing variety of behavior we see. Social interaction underlies many of these behavior including aggression. While typically thought of in a negative light, aggression is not only required, but sometimes desirable - such as in boxing, the military, and protecting our families. In fact, it’s only when aggression appears in wrong situations or levels that its bad.

I study how genes can tune levels of aggression. The main way of connecting genes to behavior is to ‘catch the gene in the act’ by looking at how expression changes after the fact. However, this really doesn’t get at how the gene is helping shape the behavior in the first place. To show a direct and causal role for genes in aggression, I developed a method called viral-mediated transgenesis for stickleback fish. I use a modified herpes virus to add extra copies of my genes to the brain.

Think of it like a self-driving car. The destination is the cells we want to influence and our vehicle is something that can easily get into those cells. However, I replace the normally harmful herpes passenger with our genes related to aggression and allow it to go to its pre-programed destination. By doing this, I can compare how the same fish fights off the same intruder before and after increasing gene expression. This let’s me directly examine how the gene is contributing to behavior. Basically I turn the gene’s volume up to 11 and look at how grumpy the fish is.

The most interesting gene we have looked at so far is monoamine oxidase, which is well known for being related to depression. Because low levels cause increased aggression, we expected that overexpressing it would decrease aggression. However we found the opposite - increasing gene expression also increased aggression. This suggests that monoamine oxidase has an ideal or goldilocks range - with both too much or too little resulting in the same inappropriate levels of aggression. So now thanks to modified viruses we know more about how genes contribute to behavior.